← BACK TO NEWSROOM← BACK TO BLOG

Angry guests or: how I learned to keep calm and love problem solving 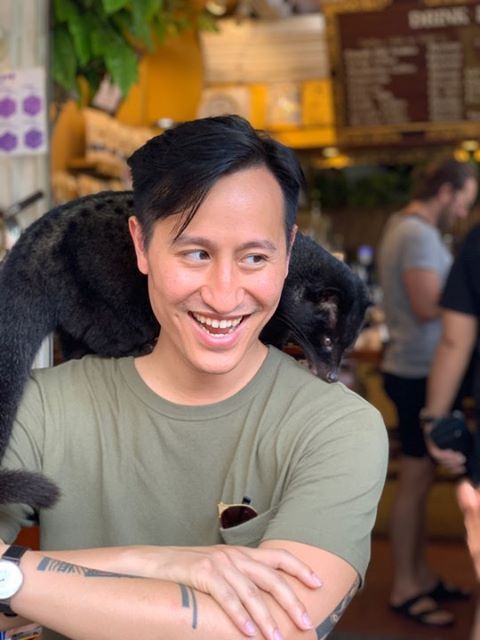 It's an unavoidable fact that we have to deal with difficult or update people sometime in our professional lives. Learning how to navigate these crucial conversations will help set everyone up for success but also keep your sanity.

Before joining the amazing team at Akia, I've worked many customer-facing jobs. From waiting tables at a Thai restaurant to enabling global digital advertisers to be successful on platforms like Facebook and Instagram. And no matter where I was working, there will be times that I have to talk to angry customers. This will be true for the hospitality industry as well.

While the sky is not falling, an upset guest can introduce many road bumps for your hotel like losing a loyal guest or bad reviews. And it'll end up being very stressful for both the guest and the agent supporting the guest.

So what should we do when a difficult guest is complaining about their stay at the property? Here are the 5 things I learned on how to deal with difficult customers over the years.

Empathizing with their frustration

You probably interfacing with a volume of guests through out the day, and it's tempting to just brush off a guest that is complaining by saying "sorry for the inconvenience". Service is grounded in empathy. We wouldn't want to be brushed off when we have issues ourselves.

It isn't all about making apologies when there are complaints but empathizing with them, letting them know you heard them, and solving their problems.

Communicating in a way where the guest feel heard can resolve a lot of the initial frustration. Follow up that acknowledgement with an alternatives or a solution to their frustration.

Situation #1: Problem with the shower

Guest: "I woke up this morning and wanted a shower, but the water wasn't hot!"
Don't say: "I apologize for the inconvenience. I'll let maintenance know about the shower problem."
Instead: "I understand how you're feeling and I would be frustrated as well if I couldn't take a shower! Let me see if I can move you to a different room right now, so you might be able to shower before starting your day."

Situation #2: Guest is upset and confused about the hold on their credit card

Guest: "I was checking my credit card and saw a charge from you for $200. What is that all about?! Can you remove the charge?"
Don't say: "It's just an incidental hold. It's standard at our property, so don't worry about it as it will be taken off at the end of your stay."
Instead: "I get that it's concerning when there's an unknown charge on your credit card, but it is just an incidental hold. If you would like, I can explain a little more on why we placed the hold."

Using the right tone during the conversation

No one chooses to be angry, so it's important to use the right tone and adjusting it along the way will be important for deescalation. If a guest is direct and stern, you should get to the point and offer up some way to alleviate their frustration. If a guest is on the friendly side and is a bit more receptive, it might put everyone at ease by trying to relate to their current circumstances in a humorous manner.

There's a concept in human behavior called Mirroring. It's typically an unconscious behavior in humans to mimic the gesture, speech pattern, and attitude of the person they are talking with to build rapport. Studies have shown that when sales people mirror verbal and nonverbal cues of their customers, they sell more products.

Be comfortable with saying "no"

Everyone in the service industry has heard of the "customer is always right" mantra. But there will be times where the guest request is unreasonable or it's a request that you cannot fulfill – in those cases, we might actually need to say "no" to the guest.

Keep in mind that you can say "no" without saying "no". An outright rejection doesn't feel good. For example, a guest may complain about the loud noises from the street outside last night, and demanded a refund. Most likely scenario is that the hotel wouldn't be able to compensate the guest, and we need to say no. Rather than just saying "no, we cannot do that" or "I'll need to check with my manager", you can opt to gracefully decline by saying "We wouldn't be able to do that, but can you let me know what we could do to make you more comfortable tonight?".